Raiatea island holds the status of administrative capital of the Leeward Islands in the Society Archipelago.

Located at 200 km away from Tahiti, Raiatea shares the same lagoon as the island of Tahaa. The main town of Raiatea is Uturoa. After Tahiti and Moorea, Raiatea is the third most populated island.

Raiatea is composed of a central and steep mountain ranges whose highest peak, the Mount Tefatua, rises to an altitude of 1,017 meters. These volcanic massifs are criss-crossed by deep green valleys and fertile plateaus.

Raiatea is nicknamed the “Sacred Island”, because of its privileged status in the traditional Polynesian culture, which gives it the name “Hawaiki Nui” or “Havai’i Nui” (“havai’i”: Polynesian homeland and “nui”: great). “Havai’i Nui” is the mythical island, cradle of Polynesian people and culture. Raiatea was the first island populated by Polynesians and the starting point of the great migrations to the islands of the Polynesian triangle.

Many “marae”, vestiges of ancient and important sacred places of worship, are present on the island, including the Marae of Taputapuatea. This is the largest of the “marae” of Polynesia, listed as a UNESCO World Heritage Site.

Cradle of the Polynesian culture, Raiatea has a unique natural and historical heritage. So many real and authentic treasures to discover with landscapes with so much diversity. Sure thing is that you will undoubtedly fall in love with this place. 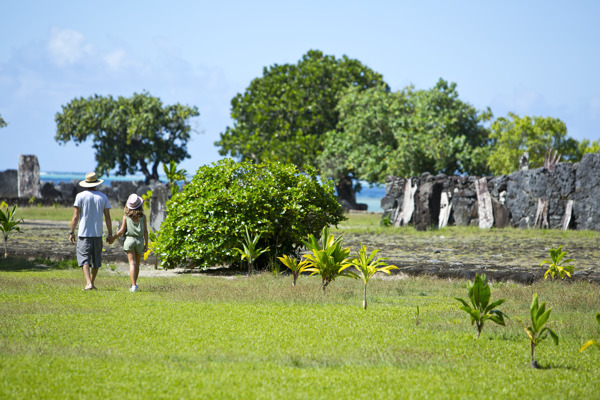 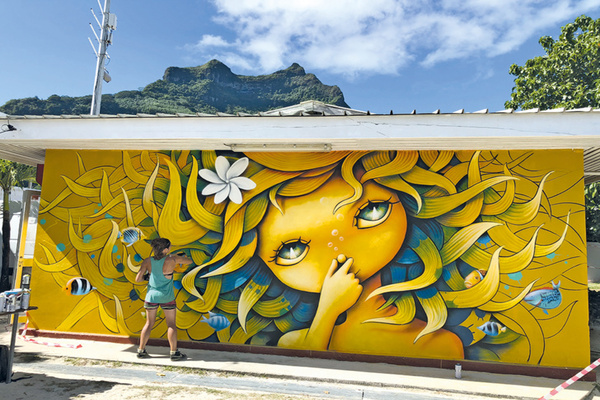 Go for a Circle Island day trip to discover the charming and peaceful little town of Uturoa, its local market, and its colorful frescoes, works of international artists who participated in the Ono’u Street Art Festival. Visit the “marae” of Taputapuatea and drive across the island through dense, pristine and luxuriant vegetation.

Plan to stay on the island at the end of October/early November to attend the Hawaiki Nui Va’a, the biggest sporting event in Polynesia. This is a 3-day Polynesian canoe race traveling the islands of Huahine, Raiatea, Tahaa and Bora Bora that brings together, paddlers from all over the world! A high-level sporting competition and a unique cultural event!

Tour the island by catamaran! Raiatea is the most important marina in Tahiti & her Islands. Many charter companies have chosen to settle at the Uturoa Marina.

The island has a large number of moorings and its bays are deep and quiet. You will encounter pristine and stunning landscapes such as ancient volcanic craters or majestic waterfalls. The sailing conditions are optimal and ensure a most peaceful moment!

Book a day to discover the island of Tahaa, by boat: its coral garden, its pearl farms where you will learn the techniques of grafting, the visit of a vanilla grove where you will be introduced to the handmade pollination of vanilla flowers (Vanilla Planifolia or Vanilla Orchid).

Kayak up the Faaroa River, the only navigable estuary in Polynesia. Take a boat or a jet ski ride to the public “motu” (islets) to enjoy idyllic beaches and snorkeling.

Choose one or even several of the many activities offered by the local professionals. Among an electric bike tour, diving, a horseback ride, a sunset cruise, a jet ski tour or a hike, just make your choice!

When you book with an account, you will be able to track your payment status, track the confirmation and you can also rate the tour after you finished the tour.
Sign Up