Taha’a belongs to the Leeward Islands in the Society Archipelago, located 4.5 km away from Raiatea and 220 km away from Tahiti.

It’s a small island of 88 km² that shares an immense lagoon of 290 km² with her sister island, Raiatea.

Taha’a is a volcanic island, and the vestiges of the ancient volcano in the heart of the island remain there. Deep bays cut through the coastline, including the Haamene Bay, the deepest of French Polynesia.

The coral reef that surrounds the main island is dotted with many heavenly “motus” (islets).

Taha’a is not only renowned for being one of the most beautiful islands in Polynesia and for its scenic landscapes, it is a dynamic island that has made a name for itself!

No wonder why Taha’a is called the “Vanilla Island”! Indeed, 80% of the Polynesian vanilla is produced on the island. Three pearl farms are located there. The crops of Copra and Nono have also developed. Two factories are dedicated to the production of traditional rum with sugar cane.

Vanilla, pearls, copra oil, monoi, nono juice & rum… just to name a few. As you can imagine, Taha’a is full of treasures!

Paradoxically to her worlwide renown, the island remains secret, wild and isolated. We access the island by shuttle boat from Raiatea, where the common airport of the two islands is located since there is no airport in Taha’a.

Small tropical island lost in the middle of the Pacific Ocean, the island of Tahaa remains untouched by mass tourism. It is the perfect destination for explorers looking for quietness, authenticity and breathtaking landscapes.

Fans of crystal clear waters will also be delighted by the richness of its seabed! 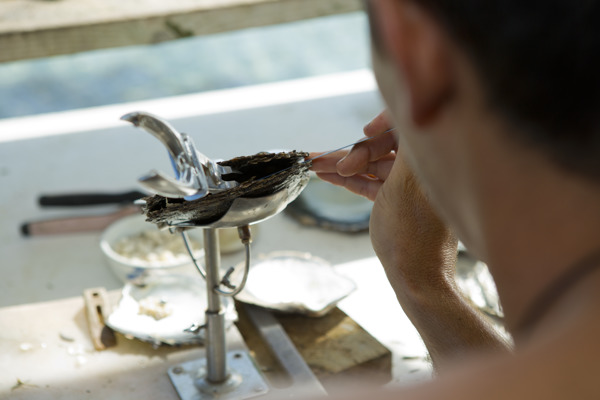 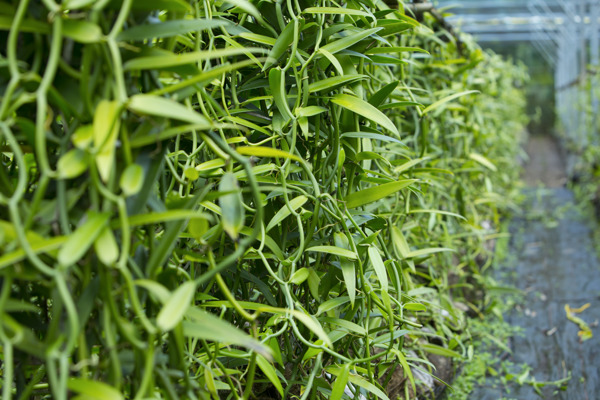 Tour the island to discover its many bays, the charming and peaceful little village of Patio. Take the road and enjoy the lush and florishing vegetation, still untouched by Man. While driving around, remain entertained by the surrounding view of the lagoon of Tahaa, get a glimpse of the islands of Raiatea and Bora Bora!

Plan to stay on the island at the end of October/early November to attend the Hawaiki Nui Va’a! The biggest sporting event in Polynesia. This is a 3-day Polynesian canoe race linking the islands of Huahine, Raiatea, Tahaa and Bora Bora that brings together, paddlers from all over the world! A high-level sporting event and a unique cultural one!

Book a day to discover the island by boat: its coral garden ; pearl farms (where you will learn the techniques of grafting) ; Visit the vanilla grove where you will be introduced to the handmade pollination of vanilla flowers (Vanilla Planifolia or Vanilla Orchid).

Discover the uniqueness of Mana’o rum through a visit to the rum distillery. They will reveal all the secrets of the making of Polynesia’s first pure organic sugarcane juice rum. A tasting will be offered when the tour is completed!

Choose one (or even several!) of the many activities offered by the local professionals. Among an electric bike tour, a 4X4 safari, a sunset cruise, a jet ski tour or a hike, just make your choice!